Things are returning to normal, in fact more than normal as evening sports are phasing out for the year.  The last one is tonight.  So, we’ll hopefully be having more family meals.

I went to Stop & Shop again this week.  Frankly, I can’t think of the last time I went two weeks in a row!  But, they had some good things on sale.  The Coke, juice, and Oreos were the big coupon items of the week.  Pasta, bacon, cheese, and sugar were on sale.  The cans are tomato sauce, which was on sale though not the best of the year sale.  I’m out so I only bought what we’ll use soon.  English muffins were buy 1, get 2 free (which is the only time I ever buy them).  Finally, Hood ice cream was on sale and if you bought that you could get a store brand ice cream free. 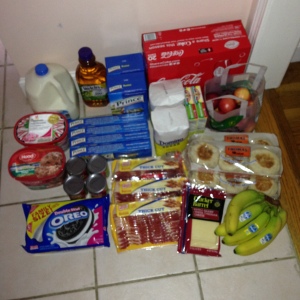 The next day I went to BJs.  The apples (better the grubby hands get their own bags vs a big grab bowl) and bananas are for soccer snack this past weekend.  The frozen pizzas are probably enough to last me through the winter – adds to my lunch options.  They were out of pizza dough or I would have gotten that too. 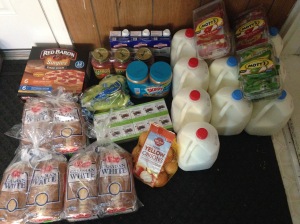 Thursday I went to Shaw’s, primarily to pick up the pizza dough BJs didn’t have.  But, oatmeal & cheese were on sale so I bought them out of those two items.  The candy was a post Halloween sale and we somehow got next to no Kit Kats this year.  Since they’re a family favorite I thought I’d grab the sale bag. 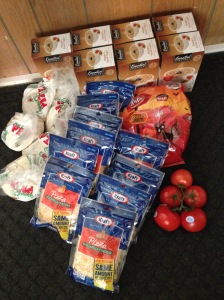 Finally, on Friday I went to Wegman’s.  I’d thought I’d take the week off, but the boys were asking for dried strawberries (for which there was a coupon this week, and which I forgot to put in the picture).  So, I also got two chickens and lemons for dinner over the weekend, as well as a few things that are usually cheaper than Wegman’s.  Since I had both younger boys with me I didn’t attempt to work on the price book. 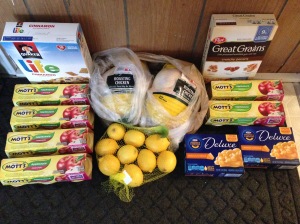 Here’s the menu plan for this coming week.

Saturday:
out for Japanese Hibachi 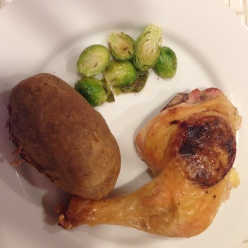 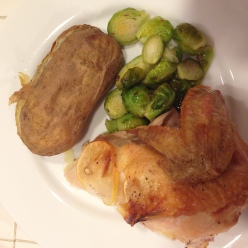 Tuesday:
fish (not sure which yet, I’ll decide what inspires me when I’m there)
salad
rice

Friday:
Out at a preschool event.