I’ve had an unplanned two week hiatus as I managed to get a long cold following the end of school and for 4th of July week.  I’m on the mend now so we’ll plan to get back up and running per normal.

At some point I’ll post the grocery trips from the missing weeks.  Meals have been very similar to baseball season since there’s was essentially no gap between spring and summer baseball this year.  The summer season does have a more regular schedule.  So, the plan is for quick/split dinners Tuesdays, Thursdays, and one weekend night.  But, we’ve already had a few rain outs and rescheduled games so some flexibility is required.

On to the shopping.  I tried to stock up before the kids were out of school for the summer so I wouldn’t need to make too many trips with lots of people.  Therefore, I’m expecting a slightly higher total.

I only made three stops this week, one of which was tiny.

Last Monday I went to Wegman’s.  This was mostly shopping for three meals – french toast, hot dogs & sausages, and tri-tip with chimichurri.  I picked up a full load of milk also, it just didn’t make the picture.

On Thursday, I picked up three items at Stop & Shop. 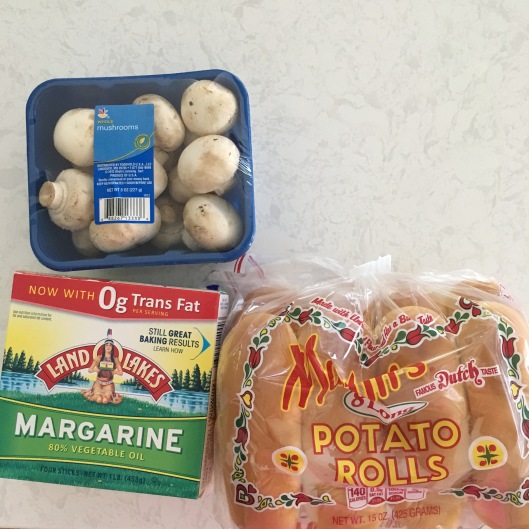 Then, on Saturday I was back at Wegman’s for the next weekend’s meals.  I should see if Stop & Shop carries tri-tip.  I don’t think they do. 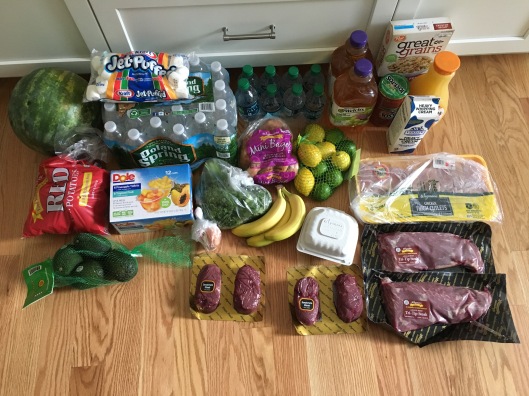