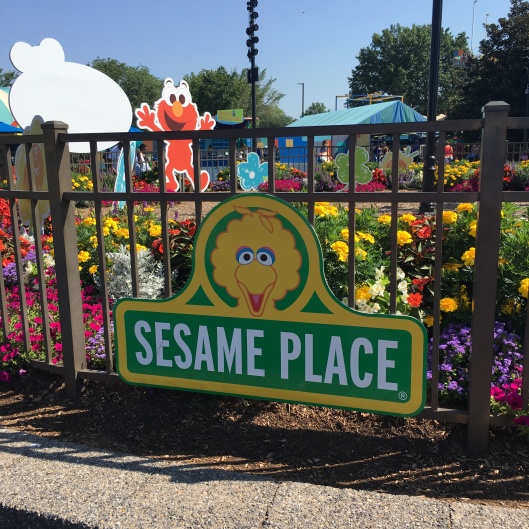 We spent a week in Philadelphia this past August.  Over the next few Fridays I’ll review where we went.   Here’s the link to the review of our last visit.  So, some of the places we had been before and some were new.

Unlike our previous visit, we did no shows this time.  We didn’t even watch the parade.  We did have standard two-day passes.  The second day isn’t really necessary, but we spent two low stress days vs trying to cram it all in.  As before, we ate lunch at Captain Ernie’s Bistro.  This was the first time we had been in August.  The weather wasn’t too hot (which it certainly could have been) and the place seemed less crowded then when be had been before in June.

The older boys spent almost all their time on the water slides.  The Count’s Splash Castle was the hands down favorite.  This was reasonably popular with the younger ones too.  Though, this time we gave the older ones a bit more freedom to move between the rides even if we weren’t necessarily with them.

Everyone who was tall enough (this included the four year old) loved the Vapor Trail roller coaster.  Cookie’s Monster Land area was also popular, especially among the younger set.  Oscar’s Rotten Rusty Rockets was by far the favorite with the Honker Dinger Derby and Monster Mix-Up coming in next.

Newly available to us was Abby’s Magic Queue.  This allows you priority boarding at most of the dry rides throughout the park.  Frankly, we didn’t see much use for us.  It usually saved one cycle of the ride, but none of these rides are very long.  I have seen reviews online where people report saving 30 minutes, but this definitely was not the case when we were there.  Now, if it could be used on the water rides that would have been a different story.  Those lines have always been much longer when we’ve visited.

While we like Sesame Place, and if we lived closer we would go more often, its probably time for us to branch out.  With the kids’ ages, we expect this to be our last trip unless the youngest develops a strong Sesame Street connection.