I’ve been trying some new recipes while we are between baseball and soccer seasons.  First, right off the bat, this is a recipe we would try again.  That being said, I think some comments and modifications are in order. 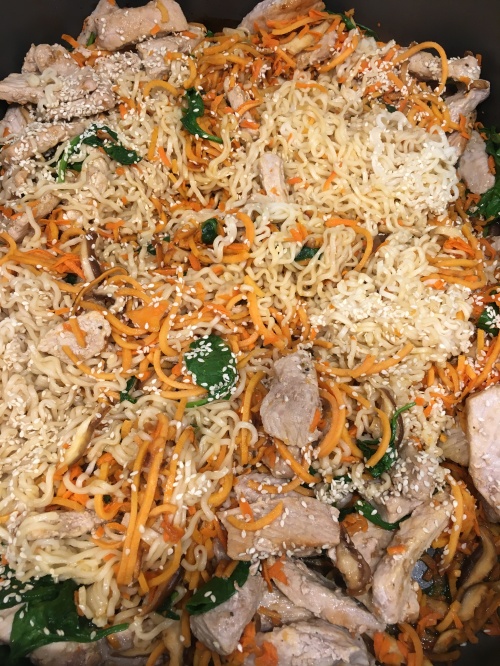 Some notes about us, because that may affect how you perceive the comments:

There are definite pros:

But, I would change things up a bit:

In summary: more sauce, possibly spicier, and leave out either the sweet potato noodles or pork.

**Stop & Shop is not everywhere within the US.  In the Metro DC area, for example, it is known as Giant.  Maybe other names elsewhere.