Bringing us back up to speed.  This will cover the numbers for August as well as all the pictures.  Starting in September I’ll include the individual trip numbers with the pictures, as well as a total at the end.

Aah, back to better numbers.  Now, we were going for a number of days so we ate out vs grocery shopping.  I’m sure that didn’t work in our favor overall.  I also didn’t go to BJ’s so a trip there is in my future (actually already occurred on Sept 2, but that’s for another post).  I did shift a lot of my shopping back to Stop & Shop this month.

I’ve been wondering for a while whether shopping at Wegman’s is just more expensive.  When they first arrived two years ago I did price comparisons and they were mostly better.  But, I often buy the family packs there which is a larger initial outlay.  We do eat all of it, eventually, so it should have eventually evened out.  I’m planning to do another price book update later this fall now that the other stores have adjusted to their existence.  I also want to try to update it to include not just the regular prices of items, but the lowest prices some common items reach during a 6-8 week sale cycle.  Some items will go even lower once or twice a year, but I’ve generally identified those already.

And now, on to the pictures.

On August 1, I went to the farmer’s market.  After no local peaches last year because of a late spring cold spell, it was fantastic to have them back. 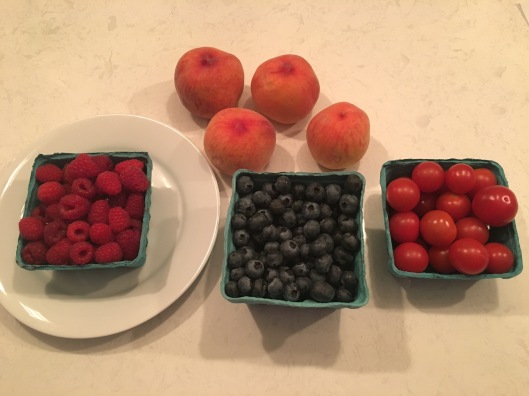 On August 3, I made my first of many trips to Stop & Shop.  The Tic Tacs were free and everything else was on sale.  I put the Tic Tacs in the car for the Philadelphia road trip, though we didn’t go through all of them and still have some left.  Non-minty Tic Tacs are not my favorite, but the flavors were limited. 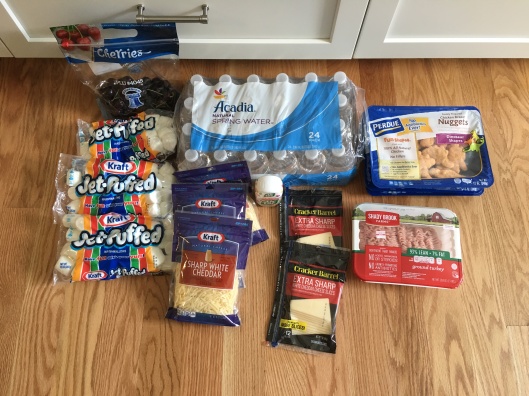 After our trip to Philadelphia, my next stops were at the farm stand (top) and Wegman’s (bottom) on August 12.  We had three birthdays to celebrate, hence three cake mixes.  Plus one tub of frosting that was split over two of them. 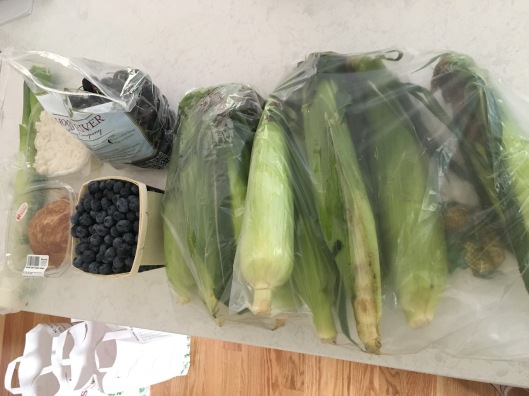 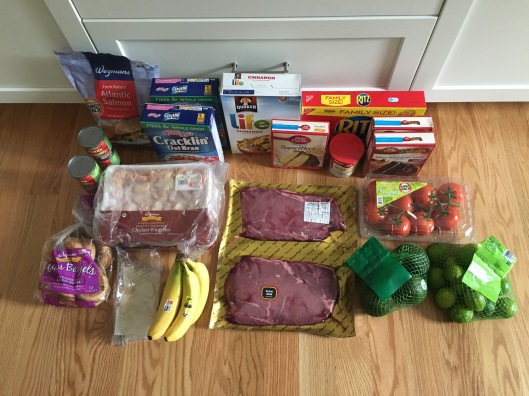 On August 14, I went to the farm stand again.  We’ve really been enjoying the corn on the cob this year.  Plus, more peaches.

On August 17, I made a small trip to Stop & Shop.  There was a container of blueberries too, but they disappeared before the picture got taken. 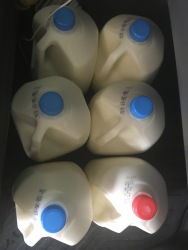 There was another hiatus before trips to Wegman’s and the farm stand on August 26. 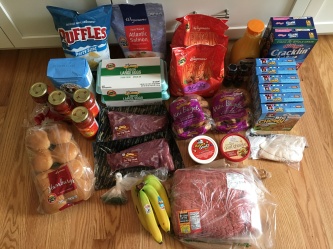 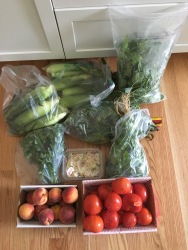 I made my once a month trip to Shaw’s on August 28.

And then I went to Stop & Shop for the final time in August on the 29th.  You can probably guess from the pictures that most of these were sale items with quantity purchase requirements.