After a very high week, we’re back to a relatively light spending one.  I’d prefer this level out, but overall monthly spending has been ok.

I spent $63.09 at Stop & Shop on Monday.  This would have been higher, but they were out of juice.  Dole fruit cups were on sale.  I only had a manufacturer’s coupon for two so I was hoping that the register would spit out a coupon for more – which it did! 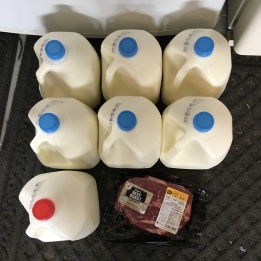 So, I went back to Stop & Shop on Thursday to catch the end of the sale.  Still no juice, but I got a rain check.  I got three packs of fruit cups this time because that was the number on the second coupon.  I spent $21.18, including the post-Easter sale candy.

Finally, I spent $74.82 at Wegman’s on Friday.  I wanted to make sure we had enough milk to get through the weekend.  I also took the time to grab a few items that I won’t necessarily use right away, but that we usually have on hand and need restocking. 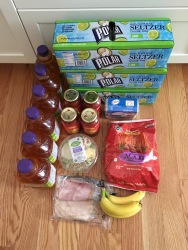 You can see the transition to spring sports (only soccer is really underway right now) in the menu.