It was a VERY light week.  And, yet we’re not eating out either.

On Tuesday, I spent $55.44 at Wegman’s.  Some of this is definitely vacation week supplies.  The ground beef will cover three meals, at some point.  I’m using a pound this week, and then I’ll freeze two two-pound chunks for future use. 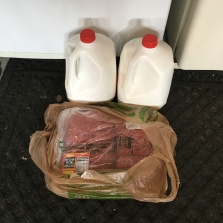 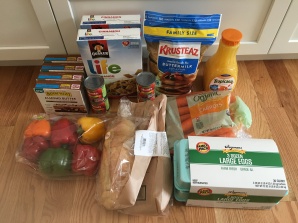 On Wednesday, I spent $21.41 at Stop & Shop.  Chicken nuggets were on sale, making them a better deal than BJ’s.  Happily, Stop & Shop has started carrying our preferred pizza dough relatively reliably so I don’t have to make the extra trip to Shaw’s as often.  For better or worse, hot dogs are a staple of baseball/soccer season. 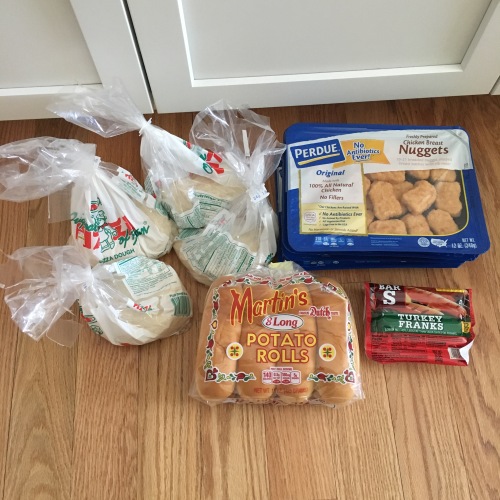 On Friday, I made a very small – $12.67 – visit to Stop & Shop, largely for bottled water which was on sale this week.  We don’t use a ton, but I do need to keep some around during warmer weather. 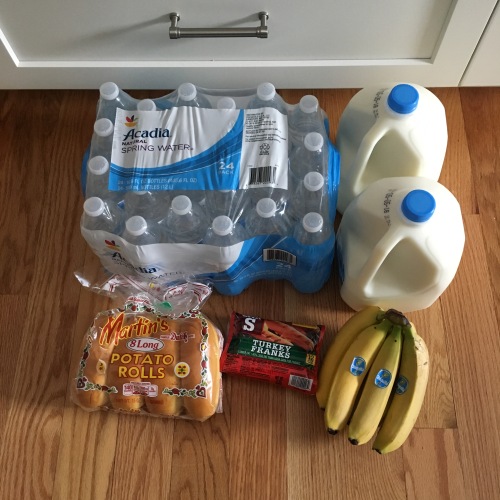 The split meals are really starting to intrude on our lives.  I’m trying a new strategy this year of cooking some things that don’t have to be eaten right away so some nights we can eat the same thing even if we don’t eat at exactly the same time.  An example this week was the chicken pot pie.  The younger set doesn’t like the crust so I served their’s early without crust.  Meanwhile I put a second pie in the oven to cook the crust and three of us ate that about an hour later.