Let’s start with the October spending.

So, even with the meat share we’re inline with where we have been.

And, how did that translate to this week.  Well, it was a big week.

On Tuesday I made the monthly trip to Shaw’s for oatmeal and pizza supplies.  English muffins were buy 1, get 2 free so I picked up a set of them also for a total of $48.15. 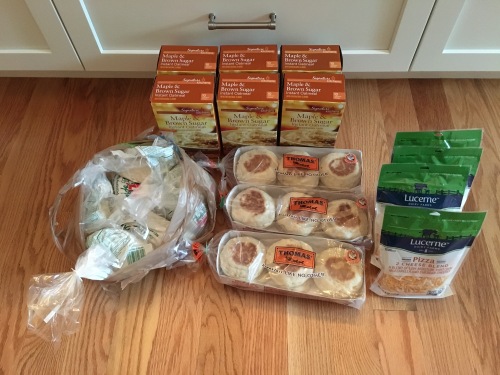 On Thursday I spent $29.26 at Stop & Shop in the first of two smallish trips for the weekly sale items.

I also picked up my other new CSA-type box on Thursday.  I like the concept of CSAs (Community Supported Agriculture), but we’ve had two problems with the CSA we tried and the others I have researched since. First, while we’re ok to eat many things, beets and kale are not among them and they play a dominant role in all the CSA offerings.  Now, the one we did do let you swap one item out per week, but I would really love a program that enabled you to have a few “No Thank You” items.  Second, we have eight people.  A small CSA gives us the correct amount of local produce, but it is typically designed for 2-3 people.  The large CSAs don’t offer additional quantities as much as additional varieties.  So, for example we are still stuck with six ears of corn when we actually need sixteen.

So, I’m trying Farmer’s to You.  It’s sort of like an online farmer’s market in that you go online and order what you want, with a minimum dollar amount each week.  They have produce, dairy, meats, pasta, etc. just like a farmer’s market would.  But, because you order on Sunday for pickup on Wednesday or Thursday, the farmers just prep what’s been ordered.  The slight downside is that it’s a year-round program and we don’t have so much produce available here in New England in the winter.  As you can see I tried the chicken the first week; it was really good, to the point where the boys commented unprompted.

Finally, on Sunday we spent $108.06 during the monthly trip to BJ’s.  Hopefully this will take us past Thanksgiving because BJ’s gets really crowded at the end of November. 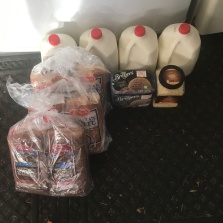 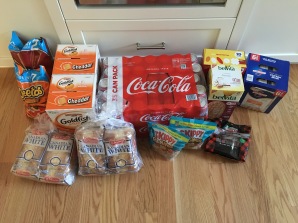 What we ate was driven by two factors this week.  One, late night soccer is still on meaning we eat split dinners multiple days a week.  And two, I’m trying to focus on the proteins in the freezer.