This post should have gone up last week, but we had a snow day Monday, Tuesday’s are always busy, and then things got far enough astray that I decided just to wait for this week.  But, while I’m here I’ll post “today’s” weekly update for tomorrow.

The end of February resulted in a big shopping week, mostly because I went to BJ’s.  Only the second Wegman’s trip was actually in March so you’ll see most of this worked into the totals at the end.

Tuesday was another shop the local farm stand day.  I spent $28.10 this time.  I’ve got another one of these coming up at the end of the month (three schools total). 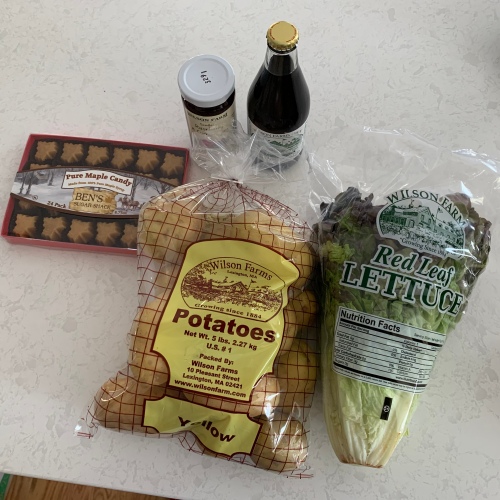 I also spent $59.43 at Wegman’s on Tuesday.  And, yes, I knew the snow was a high probability event at this point.  You’ll see more eggs below; most all got eaten over the extended weekend. 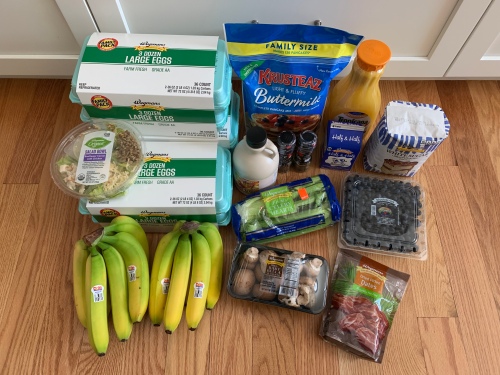 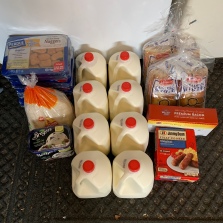 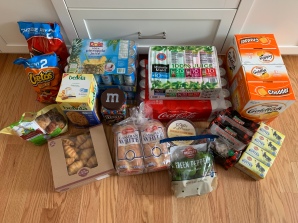 Finally, on Friday with the storm looming I made another trip to Wegman’s.  I spent $61.45 on groceries, but this was mostly driven by non-grocery items (ie, diapers) that we were lower on than would carry us through the weekend. 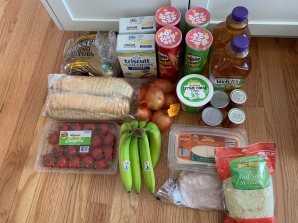 At the end of all this, our secondary fridge looked like this: 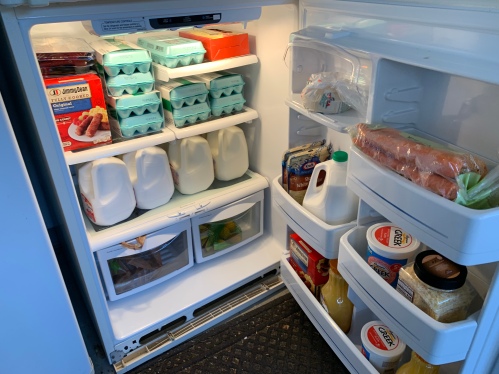 I meant to take a picture after the weekend, but suffice it to say most of this was gone.  I did make it to the middle of the following week before having to buy milk again.

This time I remembered to write down what we ate! (Which ended up being particularly important given how late this post is going up.

Tuesday:
I was out.  Everyone else had take out pizza

Saturday:
Coq au vin, homemade French-style country bread (I made two, but only one loaf got eaten the first time.)

Sunday:
One child had pizza at a birthday party.  The other kids had chicken nuggets and broccoli.  The adults had homemade pizza late.

And, finally, what did all this mean for the monthly spending?

Well, that was obviously a very low month for Stop & Shop!  Despite that, the two trips to BJ’s carried us a bit over the goal for the month.  But, added together with January, we’re still below target.