This week I shopped four days in a row!  Somehow that seems less bad than two grocery stops in the same day, but its still pretty inefficient.  I try to plan my trips to spread things out, but it doesn’t always work out that way.

On Tuesday I spent $159.57 at BJ’s.  Clearly I didn’t take a picture of the non-perishable items. 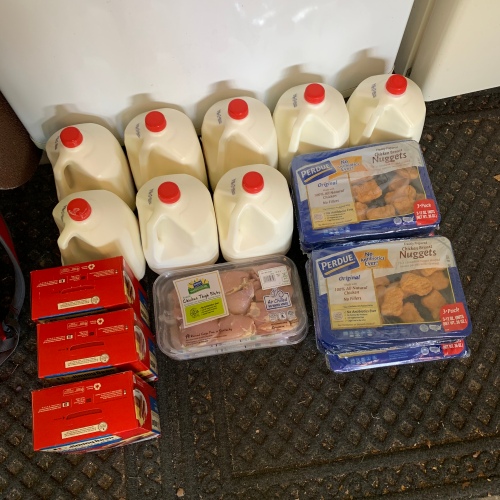 Finally, on Thursday I picked up my Farmer’s to You box for $36.20.  The seeds were a free giveaway; we got to pick two packages from approximately 20 choices.  The pizza is a new option.  This was a white spinach pizza which has made four lunches for me.  It was very tasty. 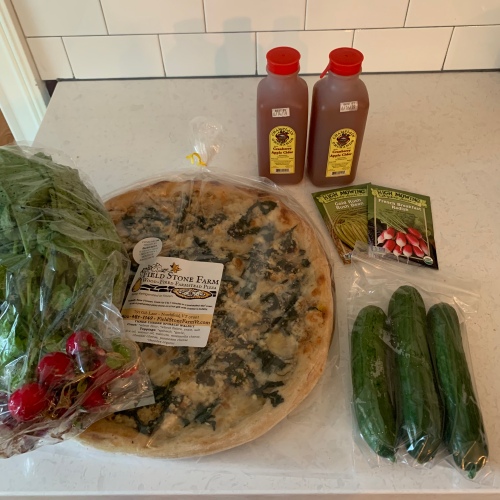 Ok, that was shockingly similar to April.  That’s good.