As you saw last time, the pumpkin vines were starting to grow over the wall. 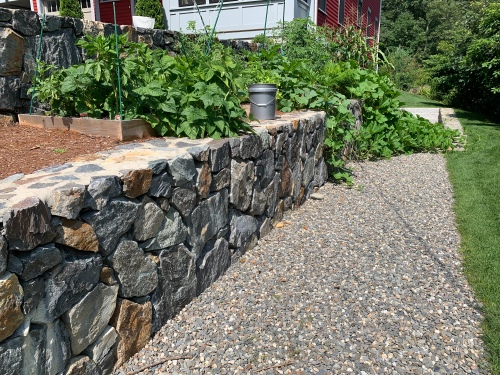 Well, the cucumber did too.  This resulted in a cucumber trying to grow into the wall.  I pried it out gently and it tasted fine; it just didn’t look quite right. 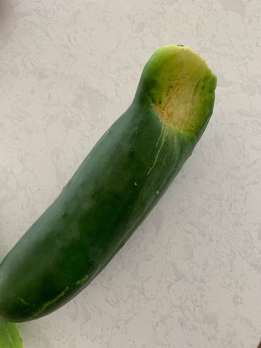 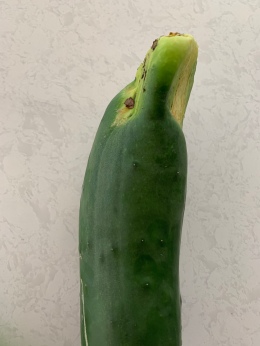 Then the bunnies found us.  They liked the carrot tops (though I don’t think this affected how many carrots we got).  Something ate many strawberries and tomatoes; I’ll need to protect those better next year.  They also liked the green bean plants, but we got plenty of green beans still so that wasn’t a problem.  The picture shows the damage to the parsley. 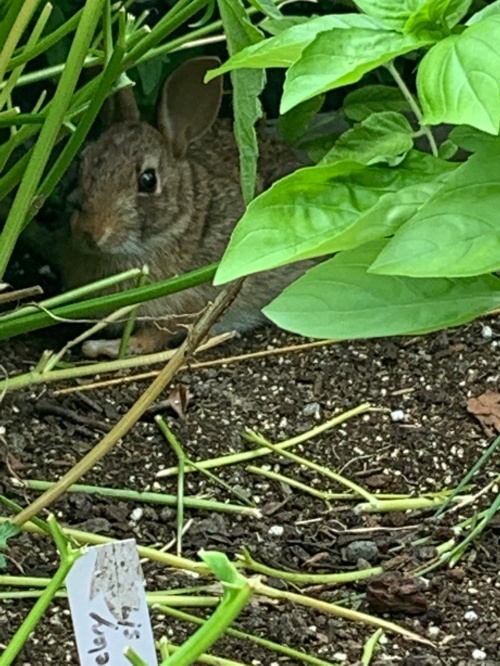 I had thought it was chipmunks, but obviously bunnies were contributing. I’m not sure how we’re going to protect the garden better next year.  Chipmunks can get pretty much anywhere.  I may put a wire fence and the end of the ledge to stave off the bunnies.  I don’t think they’ll jump down.

Another option would be to move the cucumbers to the end.  Their spines seemed to make them rather un-passable once they grew in.  That said, I’d prefer to grown them up the trellis next year; that didn’t quite work out this year because the trellises weren’t strong enough.  Stronger trellises would also help keep the tomatoes farther from the ground.  Lessons learned and improvements to come.