The restocking continued.  On the other hand, we were gone for some of Labor Day weekend and went to a BBQ for yet another meal.

Monday I bought peaches and an Athena melon at the farm stand.  I’m not usually a huge fan of cantaloupe, but this variety is quite good so I seek it out for the few weeks its available.  Same for local peaches.  Apparently I forgot to take a picture.  But, I spent $6.59.

I spent $30.90 at Target on Wednesday for juice and craisins.  Again, I failed to take a picture of this. 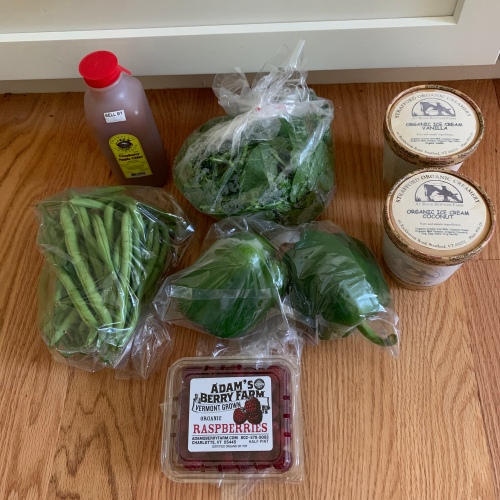 Then I took a few days off from shopping before making two stops on Sunday.  I spent $15.74 at the farm stand and $80.55 at Stop & Shop.  (There were actually four boxes of lemonade, but one didn’t make it to the picture.)

That brought my total for the week to $230.90.  This will get split between August and September when those numbers get calculated.