This is the highest month we’ve had in a while.  But, I think the restocking post move is largely complete and that should balance out eventually.  The bulk of our shopping is swinging back towards Stop & Shop.  The seasonal sales that I stock up on are starting up and Wegman’s has stopped sending their coupon cards that offered $7-8 off each week.  With the farther distance to Wegman’s (though shortened by the move), those %7-8 mattered.

Grocery shopping is getting smoother; our ongoing issue is milk consumption.  There’s just a limit to the number of gallons one can buy at a time.

Tuesday I went to Wegman’s.  I also got two boxes of cereal and raisins, but they didn’t make the picture. 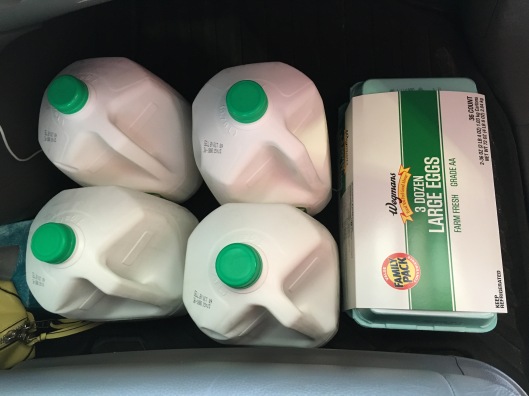 I also went to the farmer’s market on Tuesday.  The raspberries were gone the next day.  The basil and tomato are used up.  The other items will be eaten early this week (except the apples which will last a bit longer). 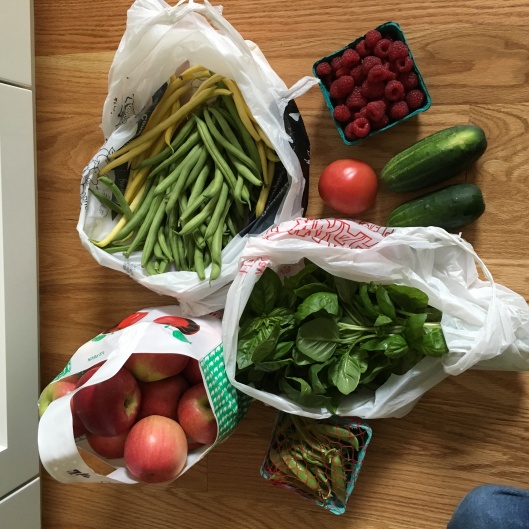 On Thursday, I went to Stop & Shop.  I had to go through twice as one could only purchase one roast per checkout and get the lowest price.Cheese was on sale; I would have bought more, but this was all they had.  The frozen veggies are for the baby.

Friday I went to the farm stand.  The bread is for weekend french toast, though we decided that while different was nice this probably wasn’t our favorite french toast bread.  Since the picture isn’t so clear, that’s one pear, two apples, and three tomatoes in the lower left. 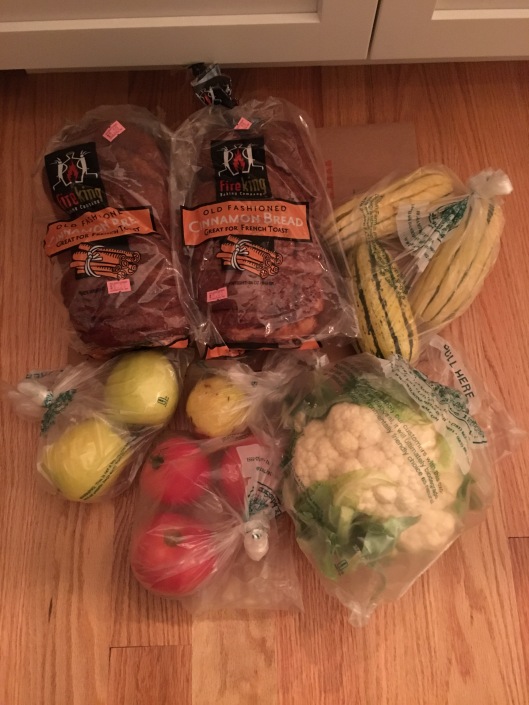 Finally, Sunday we were at Wegman’s again to restock on milk.  The dozen gallons of milk are not shown, just the odds and ends we picked up at the same time. 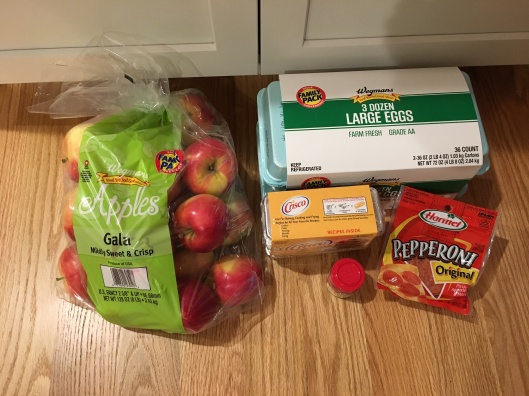 And, finally, this week’s menu.  The soccer schedule has changed yet again as it gets darker at night and they need to limit themselves to lighted fields. 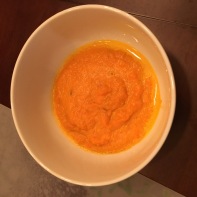