We were very happy that everyone was able to get through the snow for the younger boys’ birthday party last weekend.  The forecast had been for the snow to start around 3 (after the party), but it started late morning and the roads were a bit tricky by the time the party started.  But, almost everyone made it, and things were actually a bit easier getting home because they’d gotten out to treat the roadways.  So, we burned off some energy before settling down for another snowstorm.  This one came with high winds.  While our power did not go out, we didn’t send the kids outside as much as usual in the snow because things were really blowing around. 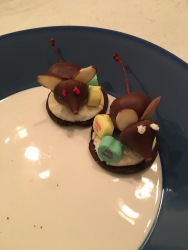 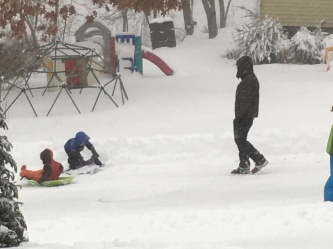 Despite the snow it was a very social week.  The boys did much sledding as well as snow fort and snowman building.  Yesterday our friends brought us some Valentine mice for dessert.