For better or worse, I was at a grocery store just about every day this week.  Not super efficient.  Despite this the weekly total came in at $265.33, which is pretty good.  I didn’t make up for last week, but stayed on par this week.  There’s a lot of produce too, which is what I need to use the items from the freezer.

On Tuesday I spent $64.16 at Shaw’s.  This was my monthly trip for oatmeal, pizza dough, and pizza cheese.  But, while there I discovered that they were having an unadvertised sale that brought Russet potatoes under $0.20/lb so I bought 30 pounds of those also. 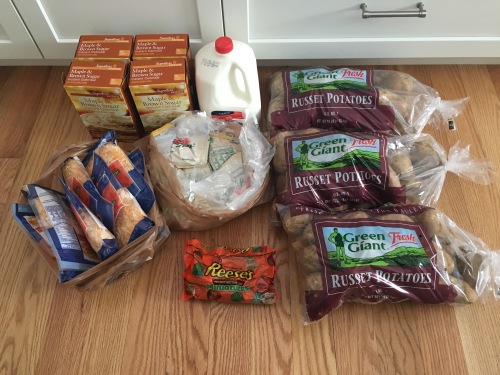 On Wednesday I spent $83.54 at Stop & Shop.  There was quite a bit on sale that was useful for us and it was a double gas points week.  Yes, I’m working through what is in the freezer, but the roast was 50% off.  I don’t have a bottom round in the freezer and this is a good price.  Plus we haven’t had beef stew yet this winter and I have lots of potatoes, carrots, and onions to use. 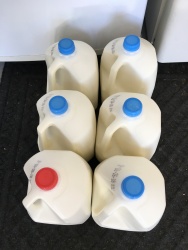 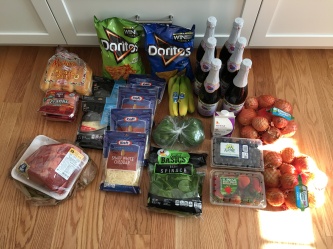 I spent $45.90 at Wegman’s on Thursday.  The primary purpose was diapers, which I had misjudged our usage of.  The salad (center) was free and I picked up a couple other items that, combined with what we already had at home, can complete our meal plan through this Friday. 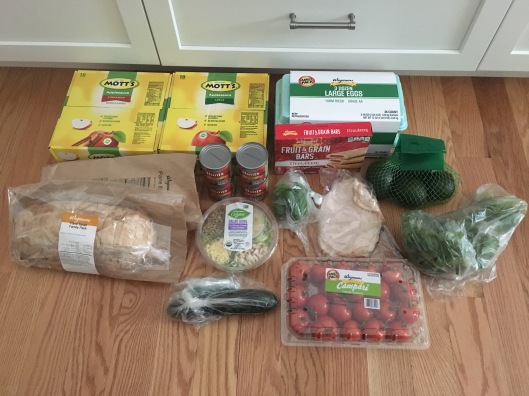 On Saturday I had to go someplace very near a BJ’s so I stopped in there for milk plus a few items that the other BJ’s had been out of on last week’s trip.  Hopefully this will be it for another month as it came to $60.44. 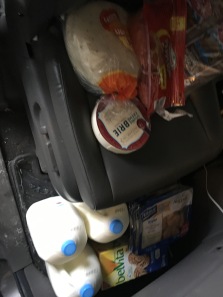 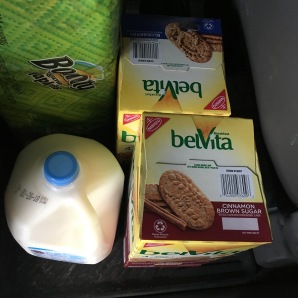 Finally, on Sunday I had an errand that took me near a Stop & Shop so I stopped in for a few items that were on sale.  I’ll probably visit Stop & Shop again later in the week for more blueberries and cheese (that this store was out of yesterday).  I spent $11.29.  With a coupon the pasta was $0.44/box.  The blueberries were buy one, get one free. 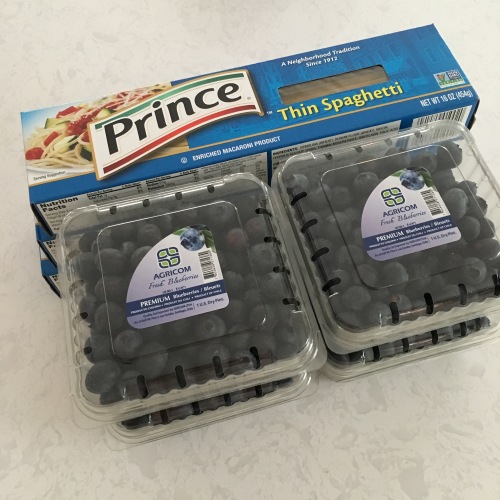 So how did we use all of this?