This was a big week, which balanced out the small one last week.

In fact, Monday was a big day.

Our Walden Local order arrived.  Because I changed our type of order, it was only $138.

Then, on Wednesday I needed gas and was near BJ’s (which is almost always the cheapest).  So, happily for them, I decided to run in and pick up a few items at the same time.  I spent $57.29, which really isn’t much at BJ’s at all.  I also used all the coupons that expire before Christmas so it should be a while before I need to go back. 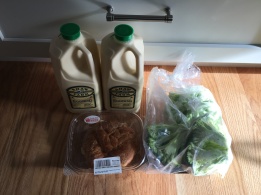 Finally, I spent $18.81 yesterday at Wegman’s on what was predominately a bananas run. 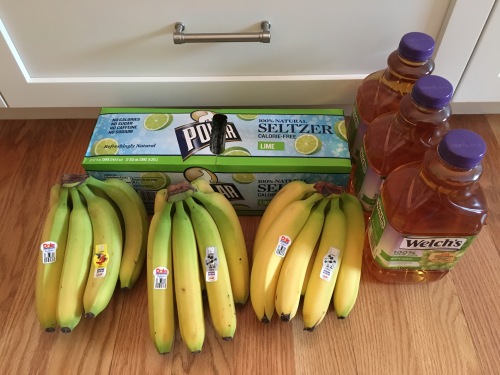 That brought the weekly total to $426.65.  And then folks got sick (hence the bananas) and we didn’t eat as much as usual.  Will that mean a lower bill this week.  Probably not because our holiday turkey will bump up the total, but maybe spread over a few weeks.

Friday:
Early: Chicken nuggets, spinach salad
Late: Homemade pizza
We do plan for split dinners on Friday just for a break before the weekend.

Sunday:
I had a plan, but four people were sick.  So, the few of us who were healthy just grabbed some leftovers.