By late May there were sprouts everywhere.

In the near box corn is sprouting from seed.  In the far box the strawberry plants took well.  We didn’t get very many strawberries though.  I don’t know if that’s because its the first year or because the chipmunks got them first. 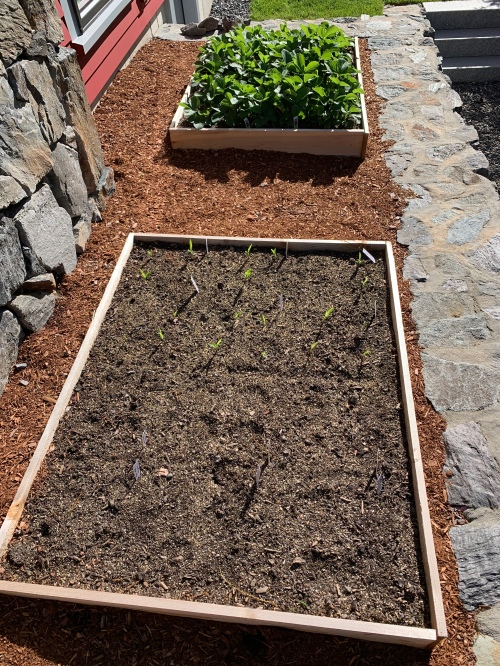 Apologies for the shadows; the glare wasn’t letting me take decent pictures away from the house in the other direction.

The near box has carrots sprouting.  The trellis is up for tomatoes to be added later.  It will later become clear that this trellis needs to be better supported or we need a different support plan altogether next year.

The far box shows a great deal of arugula, spinach,

and broccoli.  Peas are sprouting behind the broccoli and will eventually grow up that trellis.  While the trellis is strong enough to support peas, putting them behind the broccoli proved to be a poor decision.  Plantings will be moved around next year. 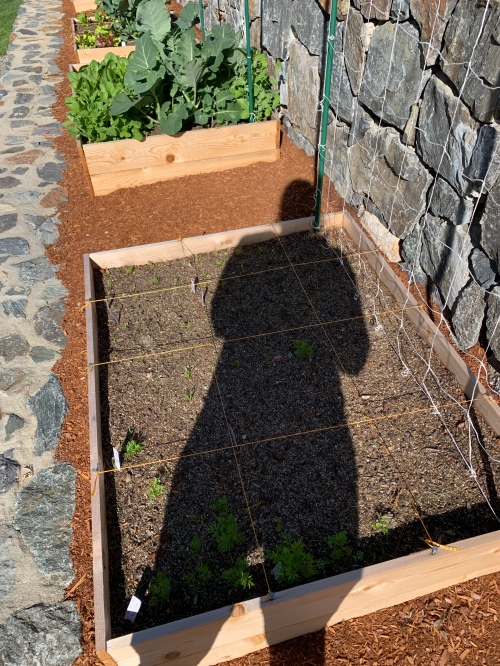 Finally, the last two boxes have a similar look. 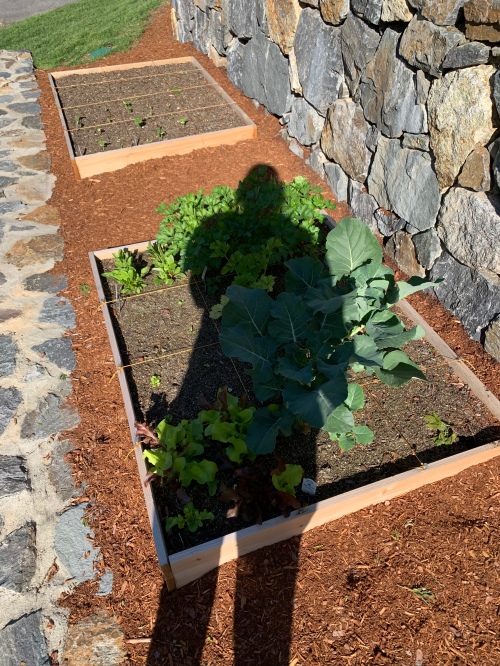 The near box has a healthy dose of broccoli and parsley.  The swiss chard and lettuce are just getting started.  In the far box, beans are sprouting from seeds and there are some open spaces for peppers once it warms up.

Next year I think I’ll plan to put peppers in to replace the broccoli.  That will free up additional squares for greater productivity.  And, it turned out everything went on sale at the nursery at the start of June so there really wasn’t any benefit to buying warm weather plants earlier.  But, by then its too hot for broccoli.