Only one significant stop this week.  We were mostly on vacation and I count all groceries purchased on vacation towards the vacation budget.

Because we had been on vacation and because its turnover season to winter/school groceries, there was a fair amount of restocking to do.  This is only the start.

First thing when we got back, we purchased two gallons of milk for $11.96.  That is clearly not cost effective, but quick and close were the priority. 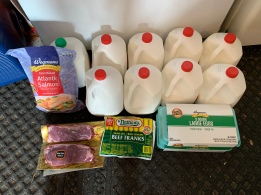 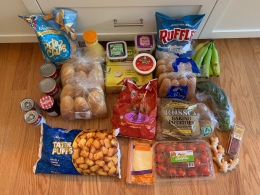 I also harvest the garden first thing.  I had done this right before we left, but of course it was still going to grow.  I had put the water on a timer so I didn’t have to worry about rain. 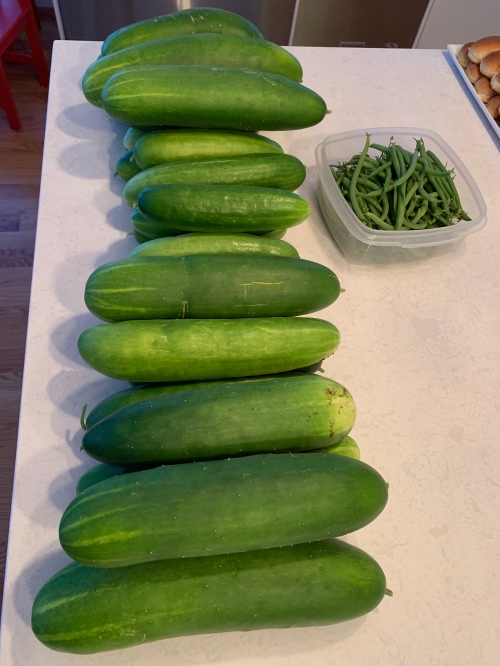 That’s 25 cucumbers!  And, three of them are three pounds – whoppers!  I had made as many pickles as I could before we left.  I also thought the green beans were done when we left, but they revived in our absence.  I’m still picking a couple of pounds per week.  I’ll get back to the garden updates the end of this week.