Today is the first of a six part Disney with Kids series.  I realize there are plenty of recommendations out there already.  This is the truly practical stuff.  Not the top rides (which get plenty of press), but the rides that aren’t worth it.  Recommendations on where to get naps in without having to go back to the hotel.  That sort of thing.  Hopefully, you’ll find my take a bit different from the others. 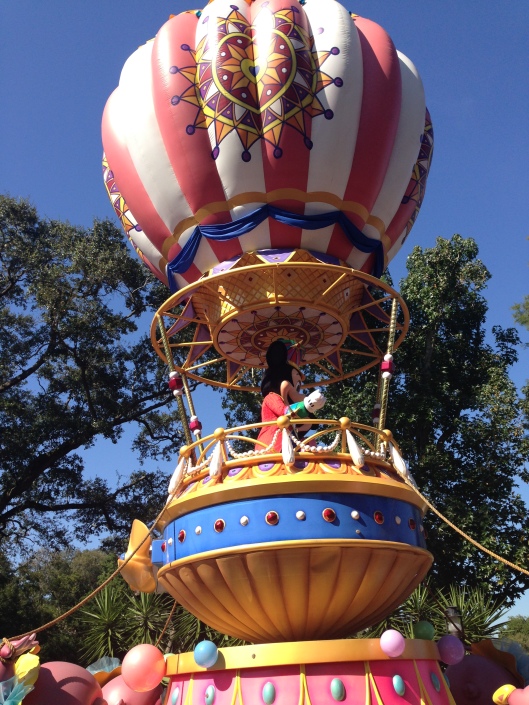 I wrote an overview of our experiences at Disney, as well as about the Fast Pass System (twice), our hotel, and the Meal Plan before.

Today will be an overview of the cons of being at Disney World while pregnant.  The next few weeks will cover each of the major parks.  I’ve been pregnant at Disney twice with other kids in tow.  Frankly, I can’t think of any advantages of being pregnant.  And, you need to consider your specific circumstances.  But, assuming you are up for travel and a lot of walking, you don’t have to sit on the sidelines.

Let’s start with walking.  You will walk a lot.  You need comfortable shoes.  Benches are not as frequent as you might like and are often taken.  How comfortable are you on a low wall or grassy surface?  All that being said, you will not be alone.  There are always lots of pregnant women at Disney.

Similarly, Florida is usually hot.  Not always, but often.  Hot and pregnant are not the best combination.  You will need lots of fluids and more breaks than usual.  But, there is shade fairly readily available so that’s a plus.  If you have the meal plan you can use your snack credits on bottled water and other beverages in the parks.  Personally, even having drunk regular municipal water for years in many parts of the US I think the tap water in Florida tastes terrible so I’m going with bottled.  You may read tips on maximizing the snack credits by bringing your own drinks and/or using the refillable cups they give you.  Nothing beats a cold drink, which is what you will get with a snack credit.  Since the regular meals have plenty of food, often some you can hold for later, and you’ll have lots of snack credits consider using them for drinks.

Sticking with meals, if you are at a nauseous stage of your pregnancy you may have a hard time.  Most Disney quick service food is mid-level fast food.  And the volumes are huge.  I recommend a sit down restaurant for lunch if you can schedule one (this is particularly tricky in the Magic Kingdom where choices are limited and they book up fast).  This will offer you a natural break in an air conditioned environment with a bathroom.  All very handy while pregnant.

Now for the parks!

Disney recommends against Big Thunder Mountain, Seven Dwarfs Mine Train, Barnstormer, Space Mountain, Splash Mountain, and Tomorrowland Speedway.  The first four I totally understand and agree with as they are roller coasters.  Splash Mountain has a bar that may be an issue for pregnant women.  However, I rode Tomorrowland Speedway with no issues.  There is some bumping and gasoline smell.  If either of those would bother you, don’t ride.  It’s also a little tricky to get down into the cars.  But, I found it totally fine.

There are also two rides that Disney lists as fine for pregnant women that deserve comment.  First, I’m not prone to motion sickness, but the Astro Orbiter makes me queasy  even when I’m not pregnant.  I would not recommend this or the Mad Tea Party.  Also, the Swiss Family Tree House is fun.  But, its a lot of stairs, some of which are narrow and crowded so you should keep that in mind.  In contrast, Buzz Lightyear’s Space Ranger Spin is a great ride and doesn’t actually involve much spinning so there’s definitely no need to avoid it.

Disney advises against Test Track and Mission Space.  You definitely need to abide by those guidelines.  Both are great rides, but not while pregnant.

Disney says you can visit both O Canada! and Reflections of China while pregnant.  But, they’re both standing movies and the picture motion coupled with standing can be difficult.  Definitely the bottom of the list.  If you’re looking for a movie style option, The American Experience is better.  Soarin’, on the other hand, is a great ride that you might not think you can do while pregnant.  You definitely can!

Disney recommends against Star Tours, Tower of Terror, and the Rock ‘n Roller Coaster.  I have to agree with all three.  Nothing else even needs a warning.  Hollywood Studios is a rather show oriented park so on most things you’ll have seats.  They don’t always have backs, but at least you’ll be sitting down.

Disney recommends against Expedition Everest, Primeval Whirl, Dinosaur, Kali River Rapids, and Kilimanjaro Safari.  I’ve actually not been on the first four because someone always had to stay with the kids who were too small and the pregnant lady seemed an obvious choice.  But, based on what I know I don’t recommend any of them.  Kilimanjaro Safari, on the other had, I’ve been on multiple times while pregnant with no issues.  It is somewhat long (especially if the line is considered) with no bathroom breaks available.  It is also somewhat bumpy, but not worse than some potholed city roads in the springtime.  I think it deserves consideration.

The animal viewing trails are shady and generally uncrowded.  They can take a lot of time and add many extra miles of walking.  But, they would be a good option if you’re up to it.  There are a number of shows also, many of which (The Lion King aside) have seats with backs.  Even if you can’t go on many of the rides, I wouldn’t skip Animal Kingdom just because one is pregnant.

Disney can be fun while you’re pregnant; it doesn’t need to be avoided.  But, consider how you feel and any guidance from your doctor.  Set reasonable goals and expectations for yourself.  Schedule time for meals and drinks.  Since many of the rides you won’t be going on have FastPass+, you’ll have more flexibility than the average guest to change things up if you need to.  Finally, enjoy the vacation before baby!